Your Search Is Over 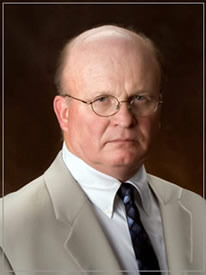 Finding, and then working with, the appropriate lawyer can be a daunting task, because, as you have discovered, there is a glut of attorneys out there, and as a law-abiding citizen, you are new to this field. But here's the good news:  that task is now over. You have come to the right place.

I am a  recognized expert in all areas of criminal law, from the lowest grade infraction and misdemeanor, to the most serious felony. My successes and reputation are second  to none in the geographical regions in which I practice and lecture.

One area that has especially attracted my attention over the years is drunk driving defense, DUI, DWI, etc. Unlike most criminal law matters, DUIs are a political crime. They are pressed by government largely in service to the political agenda of neo-prohibitionist groups like “Mothers Against Drunk Drivers,” who are largely working from the “Women's Christian Temperance Union” playbook that resulted in the passage of the 18th Amendment, which gave us Prohibition. If one were to seek out a TV program that most aptly reflects the tone and harsh realities of the modern drunk driving philosophy and practice of our government, it would not be C.S.I, but instead Salem: the same public hysteria pseudo-science that characterized the 1692 Salem Witch Trials are what drive drunk driving prosecutions.

Politics drive DUI cases, making them the most difficult of all cases to defend, a challenge to which I have risen with unsurpassed success. Indeed, that is partially why the California  DUI Lawyers Association bestowed their coveted “Eddie,” the “Lifetime Achievement Award,” on me in 2011-2012.

I heard one idiot describing an honored colleague of mine as being "only a DUI attorney." "Only"? If you can effectively defend a DUI, you can defend any case; the opposite is not necessarily true, because the public hysteria, junk science, and politics which visit drunk driving cases make them uniquely arduous.

I am, of course, a DUI lawyer, but I am also so very much more. And I am disgusted at how routinely some lawyers who pretend to practice criminal law plead out their clients to drunk driving charges without any thought at all.  Most crimes, including drunk driving, are very defensible, and those attorneys too ready with a guilty plea form should go into Wills and Trusts, because criminal law defense is clearly not their forte.

Sadly, I am seeing more and more attorneys pleading their clients out to things that are fightable, if the attorney has fight and scholarship in him. Don't be too quick to accept a plea "bargain," because too often it is a bargain only for the slothful attorney, calendar-pressing judge, or overworked prosecutor who wants to clear out his/her files. Most cases are fightable, because merit infrequently visits the filing decision in DA's offices. This is a war, so you can hire Chamberlain or Churchill, but your decision will affect you for the rest of your life.

If you have assaultive crime issues, homicide issues, drug offense issues, alcohol offense issues, child endangerment issues, property crime issues, sexual assault issues, or if you have the peculiar types of issues arising from the Festivals [Coachella Fest, Stagecoach, White Party, etc.], I should be your only choice for assistance.  I do not put pressure on my clients to dispose of cases to make government happy; I put pressure on overweening government to back down from its oppression to make my clients safe..

I have over 34 years of legal practice, virtually all of which is in criminal and constitutional law.

As a former [retired] long-time deputy public defender, I have far more experience and scholarship than is necessary to obtain the misunderstood advertising gimmick of "criminal law specialist" that is too often bandied about, and I have handled every sort of criminal law matter, both in the trial  courts and in the appeals courts. Indeed, the highest form of praise for an attorney, the thing that shows his true worth and credentials and merit, is if  he is invited by his peers and professional training organizations to teach his fellow professionals. I have been invited by professional organizations and lawyer groups to teach their lawyer members at various continuing legal education venues throughout the country and the State of California for well-over two decades, far more than any other attorney in the Inland Empire, and my scholarly legal materials are effectively used by lawyers far and wide. There is no greater credit to a lawyer than that, and you can find no greater, nor more effective, counselor or defender for whatever criminal law matter might be besetting you or your loved ones than Michael J. Kennedy.

My mission is to provide clients with the highest level of personal and professional service to protect their liberties from overweening government, and thereby to preserve  the values undergirding the founding of the Republic. I strive to give real, non-reactionary meaning to the concept of a government of laws. It is to be recalled that the primary law to be enforced in this Republic is the Constitution, and my personal and professional calling is to enforce the Constitution against those in government who have an agenda or interest in its erosion, or downright obliteration. I have sworn to uphold the Constitution against all enemies, foreign and domestic, and it does not overstate the case to suggest that there are far more domestic enemies of our fundamental charter and liberties than there are foreign ones.

There is a common misconception among critics of this craft that defense attorneys “represent” or  “defend” “criminals.” We defend the Constitution against its attempted  dismantlement by those who would concentrate in themselves expanding power at the expense of your and my liberty. I assist and counsel those accused of crimes, and I force the government to negotiate the complex path that the  Constitution and laws require before a lawful guilty verdict could properly be returned, and no attorney is more effective nor more forceful in requiring the government to leap through all of the hoops that the Framers have erected than am I. I am like John Adams, the founder of American conservatism, when he aggressively represented the British Red Coats who were accused of firing on the colonists at Bunker Hill; he was not “defending  criminals.” He was defending the same long-established values that later became  enshrined in the Constitution, thus assuring that the rest of us would enjoy a robust rule of law. You will see how valuable to your liberty my doggedness when you read my blog commentaries discussing various aspects of the criminal justice system and government misconduct.  I stand at the gate so that none of us gets pushed to the brink of the abyss, whose depths are increasingly yawning up at us all.

As noted before, my area of unsurpassed expertise is criminal and constitutional law [including DUI]; I am a constitutional defense attorney for both adults and juveniles. I do not  pretend to have expertise in any other area, and I will not bloviate on matters in other areas, as too many inexpert attorneys do in criminal law areas.  If your issue is outside of my chosen area of expertise, I will make reasonable efforts to get you connected up with the appropriate practitioner at, of course, no cost for the referral.

One thing I will not do, however: considering I utterly loath cheese-eating rats, I will not assist criminal offense suspects to do "deals" with the government in exchange for favorable settlement of their cases, so please do not come to be for that purpose.  I am here to back government down in its assault on liberties, not to add to their informant stables.

There is a fiction afoot that screw-ups at the trial level can be corrected at the appellate level. That is generally not true; few problems can be corrected on appeal because of the nature of our court system, so hire the right person at the beginning, or else the end might be fatal to one's liberty.

If you need a criminal [which includes DUI] defense attorney in the Coachella Valley, or anywhere in the Inland Empire [Indio, Yucca Valley, Riverside, San Bernardino, Joshua Tree, Victorville, Murrieta, Banning, Rancho Cucamonga, Blythe, Needles, Barstow], and in some areas outside of it, felonies or misdemeanors, you have found the right attorney.  If you go elsewhere, you undoubtedly will have obtained the wrong lawyer, and you will then have to come to me to try to get your life and liberty restored to an even keel.  You might as well start out here - it is cheaper and more effective than hiring me to correct what others muck up.

If you or a family member or other loved one needs my assistance, don't hesitate to contact me. I will respond shortly after I receive your note. Make sure you give me as many details about your issues as possible. Please also understand that the attorney-client privilege exists solely between the client and the attorney, regardless of who contacts the attorney or pays for the services.

Thank you for contacting us. We will get back to you shortly.

Please complete all required fields below.

Finding and working with the appropriate lawyer can be a daunting task, because, as you have discovered, there is a glut of attorneys out there, and as a law-abiding citizen, you are new to this field: you have no idea what to look for in an attorney. But here's the good news: that task is now over. You have come to the right place. Deliver your problems and anxieties to me, and I will give you peace, and more freedom than any other attorney can. This is not a job for me, but instead a mission.

Need a Criminal Law or DUI attorney in the Inland Empire, Coachella Valley, Indio, Palm Springs, Joshua Tree, or anywhere in Riverside or San Bernardino County, you have found the right one, and there are many wrong ones. Contact Me Today!